this night I saw a movie very… well, special. But I liked it. And that despite the hard chairs in the provisional cinema tent at AUDITORIUM during Roma Film Festival, and not ONLY because this 23 short stories mainly focused on sex in the Russian cold winter and chilly summer. The movie was called ‚Celestial Wives of Meadow Mari‘ (Небесные Жёны Луговых Мари) and faced it’s premiere during the sixth edition of Rome’s film festival. 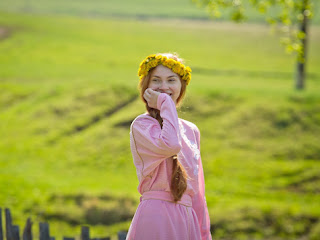